Celebrating 20 years in Brossard! Now with 2 Locations to serve you better

Home  /  Uncategorized   /  Celebrating 20 years in Brossard! Now with 2 Locations to serve you better 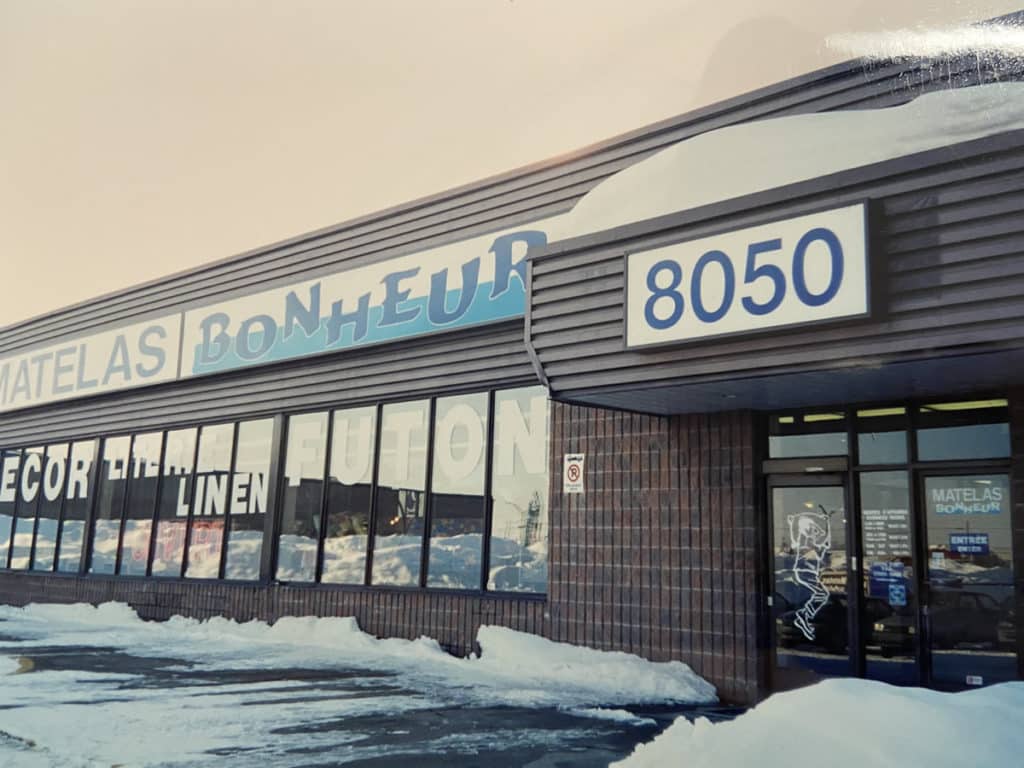 Celebrating 20 years in Brossard! Now with 2 Locations to serve you better

As we have expanded throughout the years, we opened a second mattress store was added to Brossard and took up residence in the Dix30 district.

At Matelas Bonheur we care about your Sleep

Our family owned business that specializes in the sale of mattresses and bedding accessories, began operations in 1985 in Sainte-Geneviève, a village in the west island of Montreal. Our unparalleled service, sound advice and fair pricing, has driven the expansion of our company over the years. We now have 19 Matelas Bonheur branches in the greater Montreal area, as well as an online store that serves the entire province of Quebec.

5 GOOD REASONS TO SUBSCRIBE TO THE MATELAS BONHEUR NEWSLETTER

Once you’ve added all the items to your cart and have completed the first step of the checkout process, simply select Flexiti as your payment method.

Apply to Flexiti financing online by answering some simple questions. (Subject to credit check and approval)